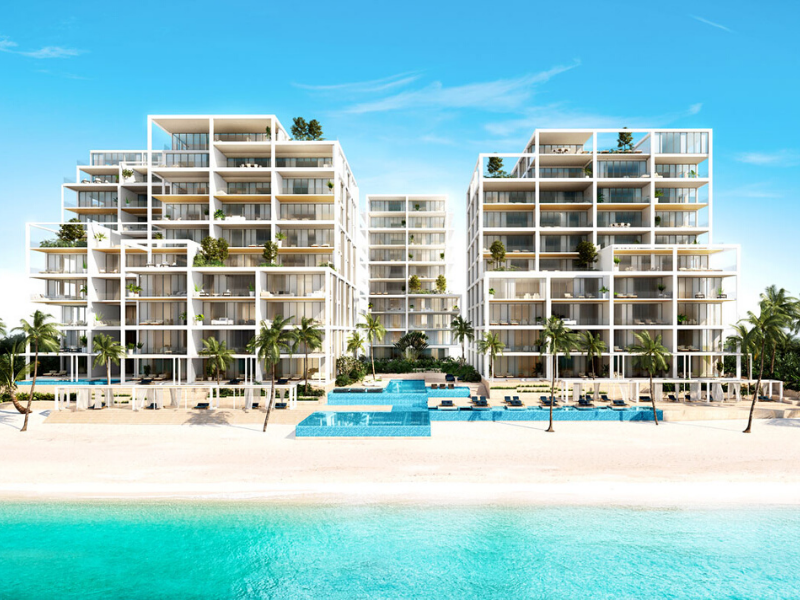 It seems that Lacovia, one of the oldest developments on Cayman’s Seven Mile Beach, is going the way of the dodo bird. Recently the Cayman Islands Central Planning Authority approved plans to tear down and redevelop Lacovia – and the announcement has ruffled some feathers.

Neighbors to the new project have made several objections to the size and scale of the redevelopment.

Bronte Development, the company that won the bid for the new project, sees the scope of the works to cost somewhere to the tune of $180 million dollars.

The new buildings will feature nearly 100 new apartments and be ten stories high. There will be three individual buildings featuring an astounding thirteen swimming pools.

The current Lacovia owners, fifty five of them in total, voted in 2019 to tear down their homes and replace them with the new complex. Each owner is guaranteed a new home in the development. Pricing will surely be in the millions for these new condos – and there have been reports of penthouse suites being offered for +/- $20 million dollars.

Though these owners must surely be excited about the development, there are some naysayers. Specifically, owners at the WaterColours next door have not taken the news well. They, through attorneys, filed a substantial objection letter stating that the application for the complex was in breach of the planning laws. They contend that there was no application for planning permission to tear down the existing Lacovia building. Specifically, they state that any permission granted to tear down buildings needs to be subjected to strict conditions as to when and how this demolition will take place. They also reference that this project raises deep concerns about how massive the works will be and that it is contributing to the over development of Seven Mile Beach as a whole. There are also concerns about this swath of the beach being at critical mass with respect to properties.

There are more concerns as well. Many parties contend that a project of this scale is simply too large and out of proportion with the rest of the developments on this part of Seven Mile Beach. The sheer number of swimming pools alone, and the necessity of them, has others crying foul. Additionally, the Department of Environment has commented that the building site is adjacent to a marine protected area where turtle nesting takes place. They have suggested that no construction be undertaken during nesting season and that the lighting installed be turtle friendly. Turtles often confuse property lighting for the moon, which they use for navigation to the sea after hatching. They didn’t, however, require an environmental impact statement (EIS) for the new buildings though they did recommend an assessment of the visual impact on owners units at the WaterColours.

Despite objections, it appears the project will go on as planned. Bronte has confirmed that demolition will begin this autumn with the new building set to be raised in Q1 2021.