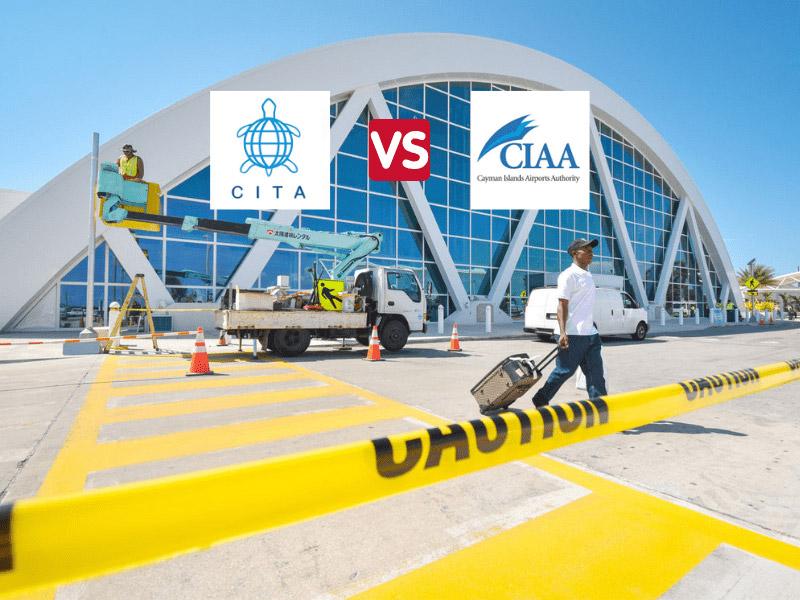 Okay its no secret; a tourist destination like the Cayman Islands needs to have a properly run airport.

The success or failure of the tourism industry and the national economy of the island is largely connected to successful air travel, and the smooth flow of commerce through the skies, and facilities on the ground. With this in mind, the Cayman Islands Tourism Association (CITA) recently advised the Cayman Islands Government to take heed, and make sure that the Cayman Islands Airport Authority has the proper tools, people and resources to perform up to the task.

There has been some bad news coming from the airport recently, and perhaps this is the cause of such concern. News of a flood, unhappy travelers, inadequate services, and congested gatehouses have highlighted that the management at Owen Roberts needs to be ready to meet the airport’s and the visitors demands.

The management will have to be able to handle equipment failures, flight operations, guests and weather issues as they happen in real time. CITA has expressed these facility and operations management concerns.

Lots of complaining has been heard around the island about the new airport renovation, and a lot of these complaints stem from people feeling that the project has been mismanaged from the get-go, and that the people are not being given what was pitched to them before the project was undertaken.

What Are the Problems?

Cost overruns and missed deadlines have also been cited as sources of problems. Many people critical of the project have stated that the project was initially underfinanced and that has been a source of a lot of the problems.

Now that there are adequate finances available in the public coffers, the project has been bolstered with suggested improvements the terminal, runway and the possible addition of jet ways.  But there have still been problems.

The airport is +/- $20 million dollars over budget and most of the vendor spaces are not even finished. There are also problems with the works that have been completed.

Recently the airports water system failed when torrential rains hit, and many parts of the airport flooded. There were also alleged problems with the air conditioning, which spurned complaints.

The terminals also frequently feel overcrowded and miserable to be in. Because of this, CITA has issued its concerns that the Cayman Islands Government is not focusing enough on the problem.

With so much at stake as the first impression many of the islands guests get, many feels that these issues are not being given enough credence. Though they supported the airport renovation, CITA wants to ensure that it is being utilized properly and managed well.

Everyone hates a bad day at the airport. For some, it can make or break a trip or vacation. With air passengers making up the bulk of the islands stay-over traffic, an efficiently running and managed airport is a necessity.

With so much of the public’s money being pumped into expanding and improving Owen Roberts, hopefully government will take CITA’s recommendations to heart. Tourism is vital to the islands economy – we’d all hate it if visitors to Cayman went “wheels up” for good.