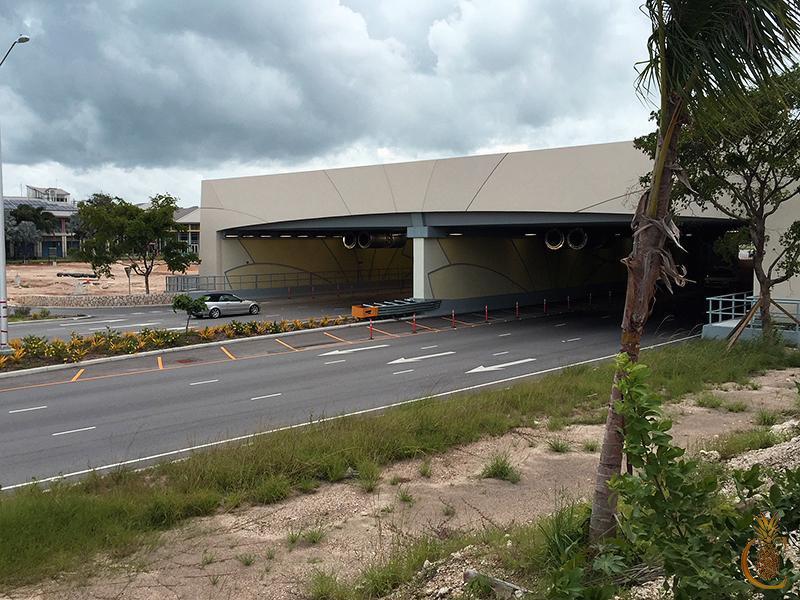 Recently in the Cayman Island more than one government agency has expressed concerns about the Dart Real Estate group’s extension to the new West Bay Road underpass.

At the top of the list of concerns are those pertaining to the safety and infrastructure of the major civic work.

The Dart Real Estate group announced in September 2017 that it made inquiries at the Cayman Islands Department of Planning for an extension to the already-in-construction pedestrian overpass by another 195 feet in length. This extension submission was prompted by the real estate mogul’s recent acquisition of the Royal Palms Beach Bar property this year.

The National Roads Authority and Planning Department have expressed several concerns and specifically question the need for an extension to the already large project fronting lands on world famous Seven Mile Beach. They state that tunnel/overpass projects like the recently completed one at the new roundabout on the Esterly Tibbetts Highway could present unique safety problems for the public. Namely, they say that the existing tunnel/underpass project on West Bay Road is characteristically constricting to the larger vehicles trying to utilize the thorough fare and that it also poses unique risks to pedestrians and cyclists. According to the National Roads Authority there was already an issue when a large tree became lodged in the Esterly Tibbetts Highway tunnel due to the low clearance heights of that structure. There have also been instances of pedestrians nearly being hit by vehicles in that area and issues with foot traffic being able to navigate the area around the tunnel.

The Cayman Islands Department of Planning has itself also vocalized some issues with this underpass extension. Specifically, planning feels that this project will require vast amounts of resources versus benefits it would provide the general public. There are huge lighting, concrete, aggregate and air vent requirements necessary to enclose a portion of a public road. They state that it is not clear as to the benefit of creating such infrastructure considering the amount of lands that are available for development in this relatively narrow corridor and that there are far more discreet options available that can help retain the distinctive Caribbean-island characteristics of the Cayman Islands. The Department of Planning posited that it’s not altogether clear how this massive private project would improve the access for pedestrians. It could, in fact, be restrictive to foot traffic as the only means of navigating the area will make people and cyclists climb an incline to get around. This puts unique strains on persons with infants and toddlers and the elderly. Their only other option would be to navigate through the tunnel, increasing personal risk due to their proximity to moving traffic. These types of tunnel installations are often built to ease traffic bottlenecks, but the Department of Planning is not certain this is a problem on this section of West Bay Road.