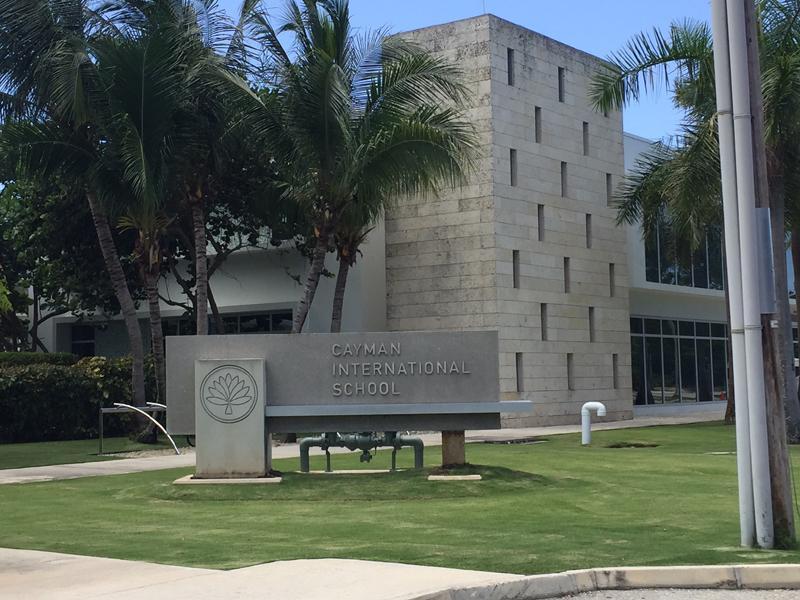 The Dart group of companiesunveiled plans recently for a large-scale expansion of the Cayman Islands International School.

This expansion comes as a result of the current school’s facilities and their inability to meet the growing demand of the students and faculty. The Dart group has recently applied for the permit to clear and level seventeen plus acres of the lands adjacent to the school and stated that the expansion construction will be done at an accelerated rate.

The Principal of the Cayman International School – Jeremy Moore – stated that there are waiting lists at nearly every age level in the early childhood and junior sections of the school. He has also remarked that he would like to be able to increase the campuses’ capacity from the 625 children ages two to eighteento around 1100 students. He has said in the past that there is an urgent need to grow the school to meet demands and that in the elementary and pre-kindergarten programs there are waitlists that are growing and growing. At present there are between two and three classes in each age group at the school.The current administration believes that it’s a reasonable goal for the school, and an asset for Cayman as a whole, to grow the institution into a four-section school. Currently the school is part of the United States-based ‘International Schools Association’. The Dart group owns the physical structures, as well as many others, in the surrounding areas. The school is working closely with the Dart group’s designing team to accomplish this goal. The administration would like to see the different components of the school split into separate, purposefully built and designated areas. These could include an early childhood center, sports facilities and improved spaces for the arts. If key facilities are enhanced and improved upon, the International School could grow to be a world-class international school, not just a great one in the Caribbean region.

Currently the school has limitations in becoming a truly first rate international school and many of these are due to its current size. Growing the school is and will continue to bevital from an economic and societal perspective. For many people considering a move to Cayman the deciding factor is oftentimes the quality, affordability and educational opportunities that exist for their children. This has huge implications for the economy and population of the island. If Cayman has a larger and higher-quality facility then the school will have the ability to attract those families that might not have otherwise decided to relocate here. Simply by improving the ability to accommodate more students gives added benefits to the nation. The population growth in Cayman has been steady in the last several years and along with this growth comes new demands for expatriates, as they are not allowed to send their children to the public schools. More Caymanians, as well, can now elect to send their children to the school.

Currently the International School’s student test scores are above the international school average.Graduates from the school are also consistently getting accepted into top-tier universities in the United States and Europe. An increase in enrollment numbers has also assisted the school with admittance into new programs such as the model UN. Further expansion of the schoolwill open up more academic and extracurricular options for the students and, overall, give them greater opportunities and an enriched educational experience.