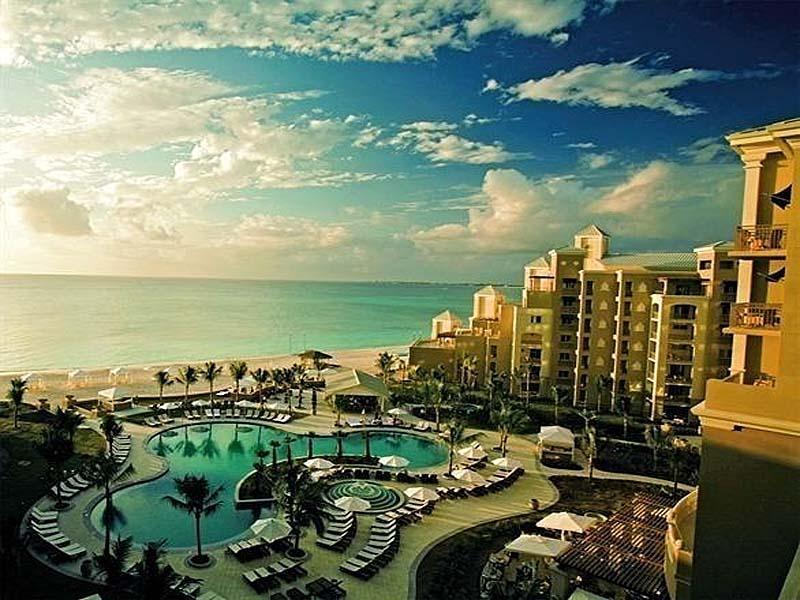 The Ritz-Carlton Grand Cayman recently received the AAA Five Diamond award (its fourth in a row).

The greater Seven Mile Beach as a whole has also been internationally recognized as one of the best beaches in the world according to the website TripAdvisor’s voters.

The Ritz-Carlton Grand Cayman is among ninety or so hotels and resorts in the North American/Caribbean region to have earned the highly-coveted“Five Diamond” award. This designation is the highest AAA rating that can be given and the Ritz-Carlton is the only Cayman Islands hotel to win the accolade in the hotel/resort category. The Ritz-Carlton Grand Cayman’s restaurant Blue by Eric Ripert remains the only AAA Five Diamond restaurant in the entire Caribbean region. AAA Diamond Ratings for hotels and restaurants alike represent a combination of quality, range of amenities and a certain level of services offered by the property being rated. According to AAA, North America’s biggest motoring and leisure travel organization, it uses professional inspectors who conduct anonymous, in-person property evaluations to determine the ratings.

The awards did not stop with just the AAA Five Diamond award. The Ritz-Carlton Grand Cayman also recently won the Forbes Magazine Four Star awards for both for the resort/property itself and for its La Prairie Spa. The US News & World Report has also listed the Ritz-Carlton Grand Cayman as being among the top five hotels in the greater Caribbean region. The US News & World Report also named the Ritz-Carlton its number one resort in the Cayman Islands. These international accolades are a tribute to the staff that enrich and personalize the resort’s guest experience.

The Ritz-Carlton Grand Cayman wasn’t the only entity in Cayman that received awards recently. Seven Mile Beach as a whole was named a winner in the 2017 TripAdvisor Travelers’ Choice awards for the “Beaches” category. Seven Mile Beach was ranked 4th in the greater Caribbean region and 12th out of a scant 25 beaches to be chosen in the entire world. Even to make this list is considered quite an honor. TripAdvisor is a United States-based travel website company that provides reviews of travel-related content, properties, tour operators and hotels. It also features interactive travel forums and was one of the first websites in the world to rely heavily on user-generated content. The website services are free to users, who provide nearly all of this content, and the company claims to be the largest travel website in the world.

With these recent awards for the Ritz-Carlton Grand Cayman resort and for the whole of Seven Mile Beach the area has once again shown that it is at the top of the Caribbean vacation destination food chain. Year in/year out, the Cayman Islands is lauded as a top tier place for visitors to experience the tropics in a safe, friendly and gorgeous environment. One would expect that many more awards will continue to roll in over the years and that the visitors will continue to follow.