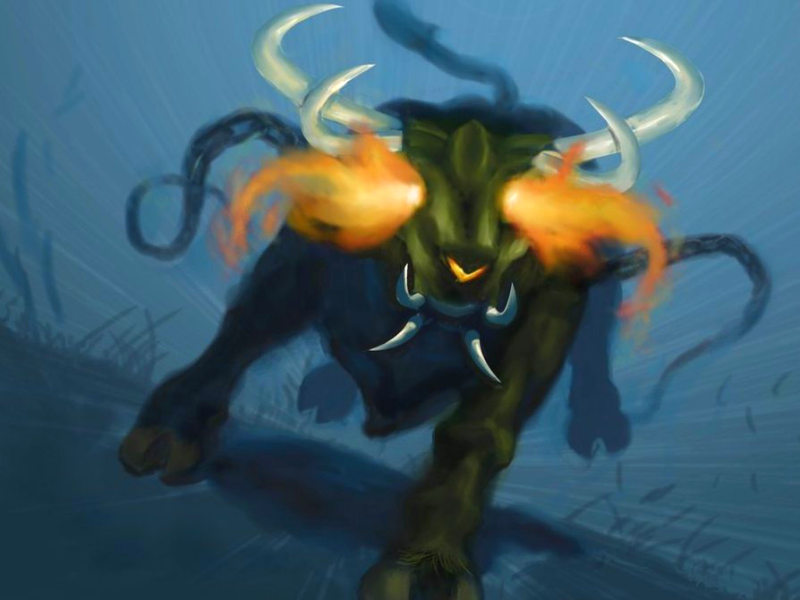 Autumn is Halloween season in many parts of the world and that rings true where I grew up in the Midwestern United States.

Kids would dress up and ‘trick or treat’ through the streets in their scariest, spookiest costumes. Ghost stories and tales of hauntings were the order of the day. In honor of this, I have decided to tell you followers about a ghost story with some Caribbean flair.

What is a Duppy?

This story involves a Duppy. Do you know what a ‘Duppy’ is? Probably not. A Duppy is well-known to the peoples of the Caribbean and is generally considered to be an evil spirit. They are said to come out mainly at night, and I’ll bet more than a few people in Cayman over the years have claimed to see them (describe your experiences in the comments section!).

A Duppy can be either the manifestation, in human or animal form, of the soul of a dead person. One of the most famous stories involving a Duppy is the Rolling Calf Duppy Story. It goes a little something like this…

There once was a mother and her children who were walking home from their cousins’ house. It was a country road and the kids were gathering sticks as they walked, so it took a while.

Night suddenly came upon them. Darkness, the great motivator, caused the children to stop picking up sticks and start to pick up their pace in place of the sticks. As they approached the railway line, they raised up their hands to wave at the gatehouse watchman. But then they remembered that he had died just a few weeks prior. The children felt sad. They thought he was a friendly man.

“Run!” cried the mother. And they did. They didn’t have to be told twice.

The rattling got louder and the ground behind them felt like it was shaking. The children turned to look, screamed and ran faster! They had only heard the stories – they had never seen a Rolling Calf…

The calf was hot on their heals…literally! The cow was twice the size of any cow they had ever seen. Its eyes were burning red and flames flared from its nostrils!

Although it was wrapped in chains, it was still gaining on them!

“Quick,” cried their mother, “drop those sticks on the ground!”

The children did exactly as their mother said. One by one they dropped their sticks.

And the Rolling Calf stopped to count them. (Duppies are apparently obsessed with counting).

When the creature finished counting, the family was almost home.

Safe in their kitchen, the oldest daughter cried, “Wait! The man at the crossing! Wasn’t he a butcher?”

Everyone shuddered. It was true. The man was a butcher, and it is the butcher who is likely to come back as a Rolling Calf. The family’s harmless greeting was returned, in spades…

When they awoke up the next day, they came to find a donkey out in the yard.

Wearing a chain around its neck…

But that wasn’t what chased them. No way.