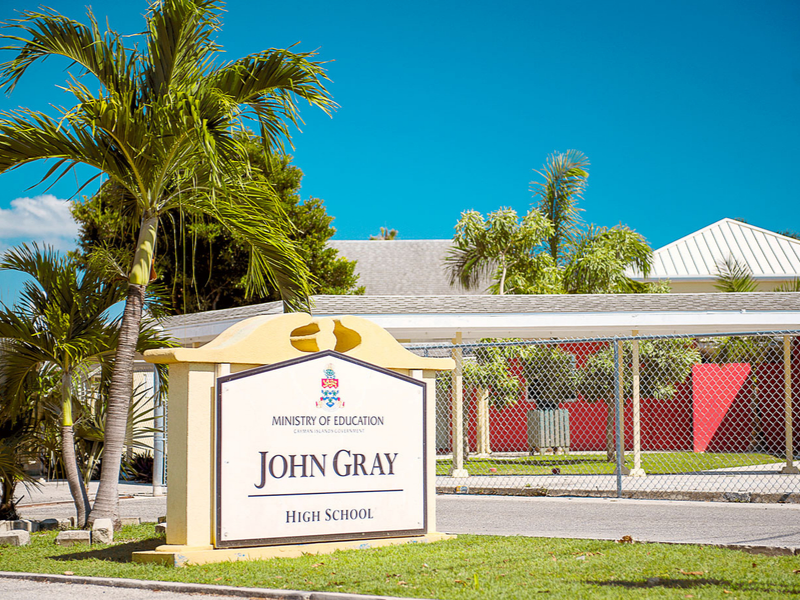 Well it’s been a long time in the works but recently it was announced that the multi-million-dollar plan to finish John Gray High School will finally proceed.

The construction, to the tune of forty some odd million dollars, has been planned – yet never started – for over ten years.

Back in the year 2012, over fifty million dollars had been spent to get the current school campus to where it is today. A substantial government crisis brought the project to an abrupt stop as the financial woes loomed and budgets had to be slashed.

Given the improvement of the financial situation and a bolstering of the government’s coffers, the new gym is the latest of continuing works on the school campus. That was completed back in 2017.

Since the original plan was rolled out way back when, the scope and design of the plan has been revamped. For example, original designs called for open form classrooms and separate academies for the school.

That has since been scrapped, and the new design calls for traditional walled classrooms. Direct input from the staff and faculty was a major factor in the planning this time around.

In addition, parents and students were asked to provide input. The Principal said the overarching goal is the make John Gray a world-class high school. They want a premier facility and are working diligently to get their exams up to international standards. He said they are improving their learning and teaching and the overall student experience. The new facilities will support these long-term goals.

Success is in the details

No longer will there be the unpopular open classroom format. They are also doing away with the mini school configuration planned for each academy. Now there will be classrooms grouped together by the subjects being studied (similar to schools in the US).  This enables the school to feel more as one entity and also makes instructors in the various departments better able to communicate and collaborate as they work through their lesson plans.

Architecturally, the center of the school will be a double level main building and the redevelopment will feature a central common atrium with a library and central entryway. The library will be the centerpiece. This will make it easily accessible to all the different departments as well as function as the literary (and literal) heart of the campus.

Special needs and STEM school areas are also in the overall plan.

What will the ‘new school’ achieve?

The new school is all about the student experience while giving faculty and teachers a better opportunity to facilitate learning. It will be able to house up to twelve hundred students.

It is hoped that these improvements and redesigns will increase educational opportunities for Cayman’s youth. The massive undertaking will be done in a series of phases, typical of a project of this scale.

The campus is projected to be completed in late summer of 2021 and the sports fields a year later.

Let’s hear it for the kids!