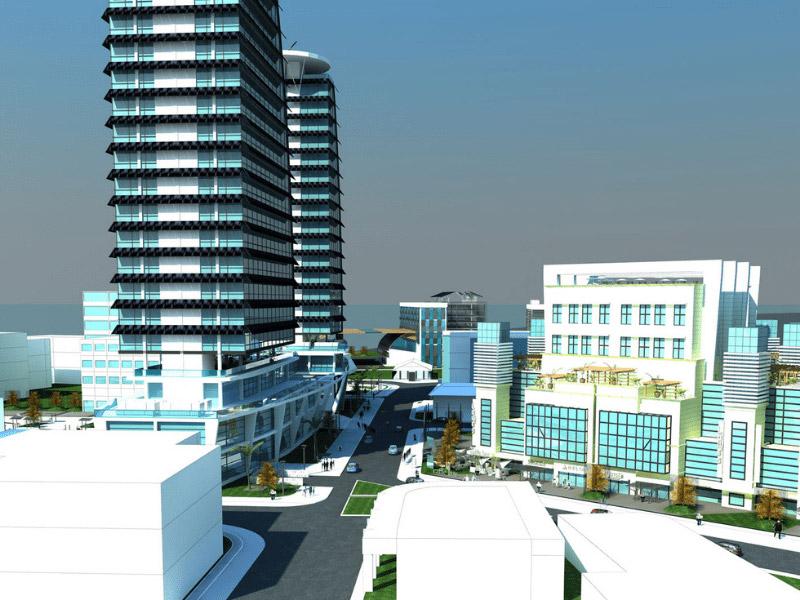 The Dart group is seeking to change the skyline of Grand Cayman forever. Their plan? To reach for the skies with a five star resort skyscraper that would be recognized the world over – harkening comparisons to what the Burj Khalifa did for Dubai. They content that this level of a project would show the world that Cayman is a powerful world player and would increase visitor traffic to the island and possibly bring billionaire investment after its completion. Dart used the Cayman Islands Chamber of Commerce Economic Forum to highlight their plans for the project.

There have been discussions going on between the Dart group and the Cayman Islands government about this project since earlier this year. Dart wants this structure to be the Caribbean’s tallest building. This project, if green lit, would cost somewhere in excess of a billion dollars. They have stated that they have been working on a plan for the location, demand and scale of the herculean effort as well as the legal requirements and setback challenges that something of this scale would have.

Where Will It Go

Dart thinks the best location for such an undertaking would be at the Camana Bay site; and would tie the skyscraper into the “sea-to-sound” master plan that they have been working on since Camana Bay started. The overarching goal here is to have 7 Mile Beach to North Sound connectivity where guests and visitors can walk from both popular areas without crossing any major thoroughfares. With two massive underpasses in place – the new iconic tower could be placed east of West Bay Road and this would help with the increased setbacks that would be required. Current regulations do not allow for a structure of this magnitude.

Also part of the plan is a discussion of what kind of amenities the new building would have. They referenced lush landscaping to tie the building into the surrounding areas and observation decks. Vertical gardens and a rooftop pool were also mentioned. Clearly the thinking here appears to be to create an architectural marvel capable of creating worldwide attention and buzz. Of course there are hurdles to a project of this size and scale. Namely, the current regulations with respect to building height. As it stands, the current planning regulations only allow for buildings up to ten stories in height. Obviously a skyscraper would far exceed what the law currently allows. Dart contends that with limited land available for development that building up instead of out is a better long-term plan for Cayman. Specifically, higher buildings in the 7 Mile Beach and George Town areas would have a smaller footprint and reduce the impact of said developments.

Dart are considering a high-end hotel with residences as the core of the project. Commercial aspects are also being considered as part and parcel components of the complex. If this lofty project comes to fruition it will truly change the look of Cayman’s skyline. Can this country support something of this magnitude? Will the citizens be on board with it? Is it the best course of action for a tiny island nation? All of this remains to be seen. If it is constructed, however, this ‘iconic tower’ will undoubtedly be the most grandiose construction marvel the Cayman Islands –and the Caribbean region in general – have ever seen.