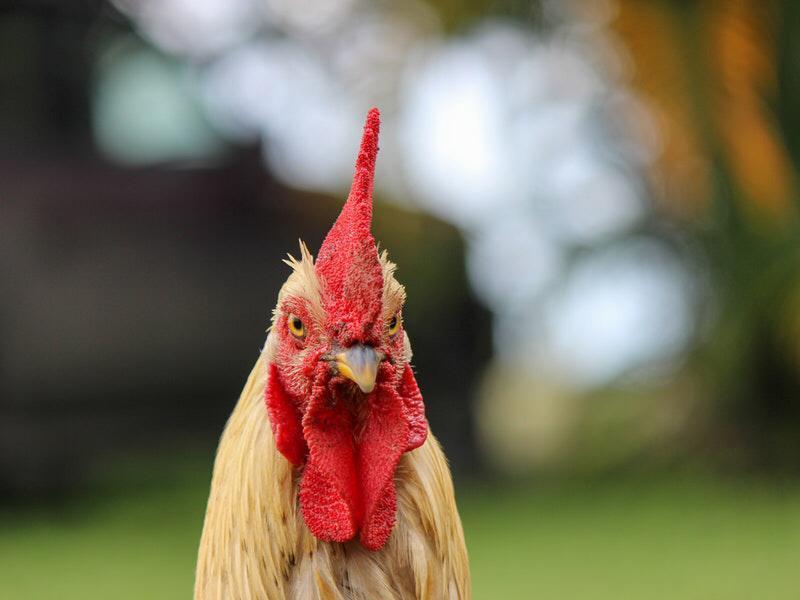 What came first: the chicken or the (gigantic commercial) egg (producing chicken farm)?

That’s the metaphorical question some locals, business owners and expats have been asking in response to the approval of plans for an $800,000 commercial-sized poultry farmin the East End district of Grand Cayman. The facility, when completed, will be capable of housing something to the tune of ten thousand chickens. ‘Cock-A-Doodle-Doo’!

Well not for everyone. Some opponents of the project are, in fact, saying ‘Cock-A-doodle-DON’T. Concerns have been voiced about the design and methodology taken in the construction and operation of facilities such as this. The farm, in principle, would raise chickens for the purpose of egg-generation and similar facilities have shown congested, stressed living conditions for the fowl. There are also questions regarding the foul smell these fowl facilities can generate, some for miles and miles downwind and surrounding their general vicinity.

An entity called ‘Toepaz Chicken Farms’ submitted the application to the Central Planning Authority for the farm on a two-acre parcel off of Farm Road in the East End district. Cayman’s Department of Environment has raised animal welfare concerns, citing that this type of operation often lends itself to overcrowded, enclosed spaces where the animals are kept. The Department of Environment also voiced concerns that this style of farming did not mesh well with the Cayman Islandsemerging “farm to table”, organic animalfriendly reputation. This could reflect poorly on the tiny island nation both locally and internationally as a pristine, progressive environmentally conscience vacation destination. The application submitted to the Department of Planning calls for several structures, centered on the two large chicken “houses”. There is also space allotted for a building to process the eggs, an office/admin building, a water tower and a composter set up to deal with the waste generated from operations. Additionally, there is supporting documentation to suggest that the facility would be, first and foremost, an egg-producing facility, capable of producing ten thousand or more eggs per day. What is unclear is whether or not the eggs will be sold locally or shipped off-island as exports to other markets.

Opponents again point to the ethics of mass-production farming and the animal welfare issues that are inherent as a result of it. These were also reflected in the Department of Environment submission. Another issue raised was the potential problems that could arise with a major storm hitting the island and the resulting damage/release of so many animals into the wild. Grand Cayman is already inundated with a large, problematic feral chicken population and the potential influx of tens of thousands of animals could exacerbate the situation. The current ‘wild’ chicken population has no real predation (save for a wild dog or two every now and then) and problems could also arise if many of the 10,000+ chickens are hurt or killed during a large hurricane event. The Cayman Islands Water Authority also brought up waste management and potential threats to the watershed in the East End district as a result of the farm. Large-scalecommercial farming operations like this have been shown to pose a higher than normal risk of groundwater contamination generated namely by the animal waste.

‘Cock-A-Doodle-Do’ or ‘Cock-a-Doodle-Don’t’, this farm approval will likely draw strong opinions on both sides once it is up and running. Hopefully the pristine nature of East End can be maintained while the quest for the answer to “which came first, the chicken or the (gigantic commercial) egg (producing chicken farm) rages on.